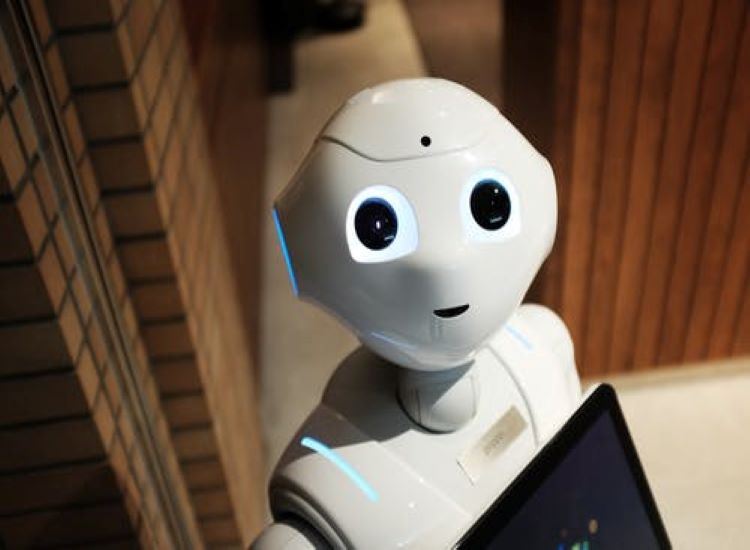 Looking at the area, it’s the last place you’d visualize as a hotbed of technological innovation, with its patchwork of typical Leeds redbrick terraces and estates mixed with industry. Areas such as Burmantofts, Harehills, Gipton, Killingbeck, and Seacroft are amongst the top percent of most deprived areas in the country. But that’s exactly why Innovation Leeds sees it as the perfect place to start a brand new communications network that could change the face of this side of Leeds.

Leeds is best known as a regional focus for Yorkshire and the Humber, and the northeast. When the media started bringing the local branch of Harvey Nichols into every piece about the city, they were just emphasizing what everyone in the area knows – it has the best shopping in Yorkshire, and a booming legal and financial sector. But every city has areas that desperately need help, and East Leeds is a world away from glossy high-streets and the leafy suburbs elsewhere in the city. The story began when East Leeds Homes, wholly owned by Leeds City Council, wanted to replace and upgrade their CCTV system. They approached Innovation Leeds and started a very exciting ball rolling, that grew like a snowball and will enhance community safety and bring new, socially based services to the area, plus support the council’s delivery of street scene services.

Innovation Leeds is a recently formed service of Leeds’ City Council’s ICT Department, a group of specialists charged with harnessing technical innovation, proving it within the Leeds environment, and making commercially viable aspects available across the public sector throughout the UK, on a cost-recovery basis. The Leeds Wireless Solution has been developed by Innovation Leeds with their partners SCC, Telindus, and Networks By Wireless. It’s based around a state of the art CCTV network but will encompass much more. The network will enable point-to-point wireless coverage of the entire area, keeping track of people and assets, from vulnerable lone workers to vehicles and laptops.

Doug Sutherland of Innovation Leeds says it’s just the beginning: “It’s a foundation that users can build on to create their own synergies. I think of it as a rail track. When the pioneers of railways were laying track they could only glimpse how railways might affect life, whereas, in fact, we know that they changed society, giving whole populations access to places they had only dreamed about, and changing how we viewed the world and how it all connected together.

“The Wireless Solution lays the foundation for many changes – we’re starting off with basics, like making it safer for residents and staff in these areas and keeping track of valuable assets from IT equipment to essential vehicles. But the sky’s the limit with something like this all sorts of services can be spread across the area, and eventually across the whole city.

“When I talk about it everyone has their own ideas to throw into the pot on how we can use it we’re laying the basis for a really diverse raft of possibilities with major potential. The nub of the system is the CCTV network, with the latest control-room software, distributed digital storage, point-to-point wireless links, and coverage of the entire area, all giving a modern network that will support QOS and have high availability with minimal maintenance. Neil Metcalfe of Networks By Wireless points out the savings that make this project good for the Council and good for residents’ council tax bills: “The system is owned by the users, and so there are no charges each time someone uses the network. East Leeds is one big wireless network, giving Leeds Council and East Leeds Homes staff the ability to help residents without ringing up massive bills. Doug Sutherland, head of innovation, Leeds City Council comments: “By building and owning our own communication network we’re indemnifying ourselves against the sort of future price rises that an external supplier could bring in, and we’re pioneering competitive solutions that can be sold onto other public sector bodies, with the revenue coming back and benefiting the council taxpayer. “This is also a much lower cost installation than a fiber network, and becomes an asset owned by the Council.”

The control-room is a secure facility in a flat in one of the 52 multi-story residential blocks spread across East Leeds, with a wall of flat-screen monitors and an air-conditioned equipment room housing servers, switches, and so on. The Dvtel control-room software is very advanced, allowing output from any of the eventual 500 cameras to be monitored and controlled life, or for any output from any of the cameras to be replayed and reviewed for up to 30 days. The cameras are pan, tilt, zoom (PTZ) dome-type, with powered external models, and internal models receiving their power over ethernet.

When the architecture of the system was being designed two possibilities were looked at – storing all the CCTV data in a single storage area network (SAN), or in distributed storage servers at the eight-node sites of the point-to-point network. In the event of a SAN failure, all data would be unavailable, and recording wouldn’t be possible until service was restored. A fail-over SAN would have been an expensive option The solution was to opt for distributed storage at the eight-node sites. This meant advantages in both the ability for fail-over of sites, each to the other, and in the speed of data transfer from any of the sites to the control room. The storage can accommodate 30 days of recorded data from each of the cameras, with data overwritten on the 31st day.

Eight blocks of flats, spanning the area, will be equipped with point-to-point wireless equipment operating on an Ofcom licensed frequency of 38GHz. These make up a redundant ring, ensuring that connectivity will be maintained to the network should one node fail. This connectivity provides up to 155 Mbps of full-duplex bandwidth with latency lower than 0.5mS per link. This is essential to support the future requirements of QoS. The availability of the core network has been designed so that an SLA equivalent to that of fiber can be achieved, and with the redundant ring, the core should give 100 percent availability. From the wireless nodes, twin pair multimode fiber links are run to the companion blocks in each cluster, and connectivity is leading to each of the eight to 10 cameras in each block.

In addition to the two point-to-point antennas on each node block (one in and one out), there are a further four 90 degree sector antennas transmitting the point-to-multipoint signal on the 5.4 GHz band, which was set aside by OfCom to allow for operation from a fixed Base Station to nomadic equipment. This will provide around 4 square kilometers of 18 m/bit bandwidth per node. This 5.4 GHz frequency will be used for mobile data, video, and voice applications. Indeed, during the trial phase, the demonstration of live digital CCTV feed to a laptop device was part of the acceptance criteria, as well as the ability to have seamless handover between these “zones”.This will enable vehicles or people using a handheld or vehicle-based computers, to connect to the network and have all the functionality normally expected on the desktop. This will obviously include CCTV operation but can include many other potential solutions.

Thinking outside the box – the Wireless Solution will provide these services across the East Leeds area, but council services need to be delivered across the whole of Leeds, not only part of it. Doug Sutherland explains: “We anticipate spreading wireless connectivity to other areas of the city, perhaps by working with other providers and possibly to a different standard, such as WiFi WiMAX is also a possibility Normally if you travel outside a wireless area, into another provider’s area, the signal drops, and the “session” is lost. Even with arrangements to use the other provider’s network a separate session or login is needed.

“We’re deploying “Netmotion” as part of our network. With this in place we can travel across our area, into another network, and still maintain contact – this is known as “session persistence”. Even if we can’t detect a wireless network the software will use the standard GSM mobile phone network or the GPRS network to maintain connectivity. In fact, it will also maintain the session and the application, until the device is reconnected to the corporate network, even on a wired basis.

“One of the main worries people have about wireless networking is security. With this solution, we’re employing secure VPN, authentication, and encryption all at the software layer, which means peace of mind for the different parts of the Council and the ALMO using the service. It works – the proof – Doug Sutherland has made sure of his ground before he takes the system further: “Earlier this year we tried out all the systems and functionality in a trial network to prove the claims of the various technologies.

“We’re delighted to say that everything happened as it should, and we had a stringent sign-off procedure before we went live.“In fact, the trial was so successful that within two weeks of going live, the local Police were able to identify a suspect at a crime scene, via the network, arrest the individual and submit quality images from us as evidence to support the prosecution. We’re already making a difference!”